Biostage Hires David Green as Chief Executive Officer
New CEO Invests $250,000 in Private Placement and is Appointed as Board Chairman 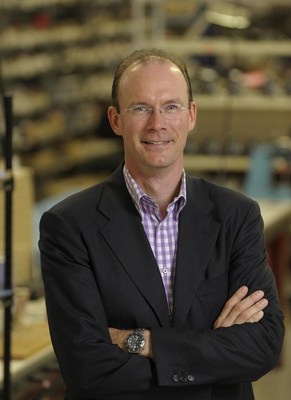 HOLLISTON, Mass., Nov. 30, 2021 /PRNewswire/ -- Biostage, Inc. (OTCQB: BSTG) ("Biostage" or the "Company"), a biotechnology company with successful "first-in-human" experience in esophageal cancer and FDA approval to commence a clinical trial of its Biostage Esophageal Implant for esophageal disease, today announced it has hired David Green as its Chief Executive Officer and appointed Mr. Green as Chairman of the Board of Directors (the "Board"). Mr. Green is the founder and CEO of Zero CarbonTM LLC, an energy-efficiency business. He is also the former CEO and Chairman of Biostage. Mr. Green resigned from his roles in Biostage in 2015 after he had been involved in a major road accident.

In addition to rejoining Biostage, Mr. Green has invested $250,000 in Biostage in a private placement as a combination of 72,464 shares of common stock and a warrant to purchase 36,232 shares of common stock. The warrant is exercisable at $3.45 per share, a 50% premium to the closing price on November 26, 2021.

Other than the minimum wage required by Massachusetts law, Mr. Green's compensation will consist entirely of stock options. Approximately two thirds of these options will vest based on the achievement of milestones set by the Board, and one third will vest over the next 12 months. This both minimizes the cash burn of the Company and provides a strong incentive for Mr. Green to achieve the goals of the Company and its shareholders.

Mr. Green commented, "I am excited to be back running Biostage. The clinical results of the first-in-human use of our Biostage Esophageal Implant, conducted at Mayo Clinic in 2017, were very positive. We believe that this is the first time that the esophagus has been regenerated inside the human body."

This single-patient case, conducted by Dr. Dennis Wigle, M.D., Ph.D and Chair of Thoracic Surgery at the Mayo Clinic, was approved under the FDA's E-IND ("compassionate use") protocol, and was published in JTO Clinical and Research Reports in August this year. The paper concludes that the Biostage Esophageal Implant, "would have considerable clinical use". The paper continues, "In this case report, we found that a clinical-grade, tissue-engineered esophageal graft can be used for segmental esophageal reconstruction in a human patient. This report demonstrates that the graft supports regeneration of the esophageal conduit. Histologic analysis of the tissue postmortem, 7.5 months after the implantation procedure, revealed complete luminal epithelialization and partial esophageal tissue regeneration."

Biostage is also, in collaboration with Connecticut Childrens' Medical Center, which is an investor in Biostage, investigating the use of its products in pediatric-esophageal atresia (incomplete esophagus) which, if successful, would potentially allow Biostage to obtain a "priority review" voucher from the FDA. These vouchers are transferrable and a sale of such voucher could provide a significant source of non-dilutive financing for Biostage.

Biostage has 7 issued US patents. Additional patents are pending.

About Biostage.
Biostage is a biotechnology company developing treatments for severe disease of the esophagus. The Biostage Esophageal Implant combines a biocompatible scaffold with the patient's own cells to create an esophageal implant that has been used to treat adult esophageal cancer and could potentially be used to treat pediatric esophageal atresia and other defects of the gastro-intestinal tract as well. The Biostage Esophageal Implant leverages the body's inherent capacity to heal itself to restore the continuity of the esophagus after a part of it has been surgically removed.

Some of the statements in this press release are "forward-looking" and are made pursuant to the safe harbor provision of the Private Securities Litigation Reform Act of 1995. These "forward-looking" statements in this press release include, but are not limited to, statements relating to our financing activities; development expectations and regulatory approval of any of the Company's products, including those utilizing its Biostage Esophageal Implant technology, by the U.S. Food and Drug Administration, the European Medicines Agency or otherwise, which expectations or approvals may not be achieved or obtained on a timely basis or at all; or success with respect to any collaborations, clinical trials and other development and commercialization efforts of the Company's products, which such success may not be achieved or obtained on a timely basis or at all. These statements involve risks and uncertainties that may cause results to differ materially from the statements set forth in this press release, including, among other things, the Company's inability to obtain needed funds in the immediate future; the Company's ability to obtain and maintain regulatory approval for its products; plus other factors described under the heading "Item 1A. Risk Factors" in the Company's Annual Report on Form 10-K for the fiscal year ended December 31, 2020 or described in the Company's other public filings. The Company's results may also be affected by factors of which the Company is not currently aware. The forward-looking statements in this press release speak only as of the date of this press release. The Company expressly disclaims any obligation or undertaking to release publicly any updates or revisions to such statements to reflect any change in its expectations with regard thereto or any changes in the events, conditions or circumstances on which any such statement is based.