Biostage™ Appoints Jerry He to Board of Directors and Completes Private Placement of $2.6 Million to Continue Its Clinical Transition 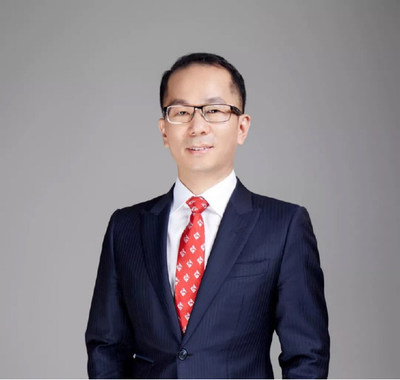 HOLLISTON, Mass., Sept. 8, 2021 /PRNewswire/ -- Biostage, Inc. (OTCQB: BSTG) ("Biostage" or the "Company"), a bioengineering company developing novel organ regeneration technology based its patented Cellframe™ and Cellspan™ technology, today announced the appointment of Jerry He as an independent director to its Board of Directors, adding strength in the areas of business innovation, strategy and finance.

Mr. Jerry He is the Executive Vice Chairman of Bright Scholar Education Holdings Limited (NYSE listed: BEDU) and has been in that position since January 2019. Prior to the promotion, Mr. He had served as the CEO of Bright Scholar since October 2015. Prior to joining Bright Scholar, Mr. He was a Managing Director at TStone Corp, and he also served as CFO, CEO and a director of Noah Education Holdings Ltd., a former NYSE listed private education services provider in China, from July 2009 to December 2011. Mr. He was a portfolio manager at Morgan Stanley Global Wealth Management from June 2008 to June 2009 and was employed by Bear Stearns from July 2006 to May 2008. Mr. He obtained a bachelor's degree in science from Peking University and a MBA with Honors from the University of Chicago, Booth School of Business. Mr. He is also a CFA charter holder.

"We are pleased to welcome Jerry He to the Biostage Board," said Jason Chen, chairman of Biostage. "Jerry's deep business and financial experience will be instrumental in helping the company to pursue the mission to serve the potential unmet patient needs. His appointment will be invaluable to Biostage at a time of significant opportunity and growth."

Mr. He commented, "I am very pleased to be joining the Board of Directors for Biostage at this exciting stage of its clinical development. Biostage is developing promising novel cell therapies with the potential to change the lives of patients with significant unmet needs. I look forward to helping Biostage reach its financial and strategic objectives."

The Company received aggregate gross and net proceeds of approximately $0.6 million in May and June of 2021 from existing investors in private placements. In September 2021, the Company received an additional $2.0 million of gross and net proceeds from existing investors in private placements, which, in total, provide a total cash infusion of $2.6 million. These placements will enable Biostage to fund its operating expenses and capital expenditure requirements into the fourth quarter of 2021.

Biostage is a bioengineering company that is developing next-generation esophageal implants. The Company's Cellspan technology combines a proprietary, biocompatible scaffold with a patient's own cells to create an esophageal implant that could potentially be used to treat pediatric esophageal atresia and other conditions that affect the esophagus. The Company's esophageal implant leverages the body's inherent capacity to heal itself as it is a "living tube" that facilitates regeneration of esophageal tissue and triggers a positive host response resulting in a tissue-engineered neo-conduit that restores continuity of the esophagus. These implants have the potential to dramatically improve the quality of life for children and adults. At Biostage, we believe the future of medicine has been inside us all along.

Some of the statements in this press release are "forward-looking" and are made pursuant to the safe harbor provision of the Private Securities Litigation Reform Act of 1995. These "forward-looking" statements in this press release include, but are not limited to, statements relating to our financing activities; development expectations and regulatory approval of any of the Company's products, including those utilizing its Cellspan™ and Cellframe™ technology, by the U.S. Food and Drug Administration, the European Medicines Agency or otherwise, which expectations or approvals may not be achieved or obtained on a timely basis or at all; or success with respect to any collaborations, clinical trials and other development and commercialization efforts of the Company's products, which such success may not be achieved or obtained on a timely basis or at all. These statements involve risks and uncertainties that may cause results to differ materially from the statements set forth in this press release, including, among other things, the Company's inability to obtain needed funds in the immediate future; the Company's ability to obtain and maintain regulatory approval for its products; plus other factors described under the heading "Item 1A. Risk Factors" in the Company's Annual Report on Form 10-K for the fiscal year ended December 31, 2020 or described in the Company's other public filings. The Company's results may also be affected by factors of which the Company is not currently aware. The forward-looking statements in this press release speak only as of the date of this press release. The Company expressly disclaims any obligation or undertaking to release publicly any updates or revisions to such statements to reflect any change in its expectations with regard thereto or any changes in the events, conditions or circumstances on which any such statement is based.