Dr. Wei Zhang Elected to Biostage's Board of Directors 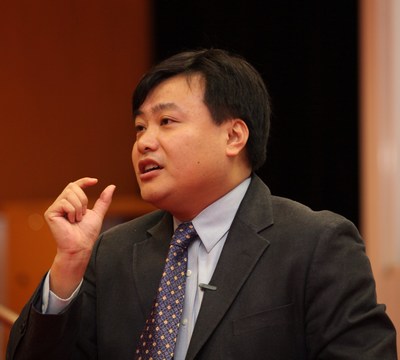 HOLLISTON, Mass., May 25, 2018 /PRNewswire/ -- Biostage, Inc. (OTCQB: BSTG), a biotechnology company developing bioengineered organ implants to treat life-threatening conditions of the esophagus, bronchus and trachea, today announced that Dr. Wei Zhang, a faculty professor of innovation at Peking University, has been elected to its Board of Directors.

At Peking University, Dr. Zhang has led company specific business strategy programs across the world for clients such as Novartis, Nestle, IBM, Johnson & Johnson, Roche, and Marsh & McLennan, among others. Dr. Zhang was a permanent faculty member of management at China Europe International Business School (CEIBS) from 2008 to 2012 and was the founding director of CEIBS Center for Healthcare Policy and Management. He was also a Distinguished Bing Fellow of Health Economics at RAND (US) in 2008 and has been an adjunct faculty at Peking University School of Government. Dr. Zhang received his Ph.D. in health policy from Harvard University as part of an interfaculty program between the Graduate School of Arts and Sciences, Business School, Kennedy School of Government, and Medical School; and his M.D. from Peking Union Medical College (founded by the Rockefeller Foundation in 1918).

Dr. Zhang commented, "I am honored and excited to join the Board of Directors for Biostage. The company is working to bring a valuable medical technology to patients in need of better solutions and outcomes.  I hope my experience leading and supporting strategy and innovation programs for companies around the world will help guide the company on future strategic decisions, including market expansion into China, which has half of the new esophageal cancer patients worldwide every year."

Biostage CEO Jim McGorry commented, "I and the other members of the company's Board are pleased to welcome Dr. Zhang as a Biostage Board member.  His experience leading healthcare innovation at companies around the world will be invaluable as Biostage develops our plans to expand our programs to the China market. We believe that Dr. Zhang's background brings unique qualifications to our Board of Directors, including his broad expertise and leadership experience in business model innovation, leading strategy transformation, non-market strategy, and healthcare innovation."