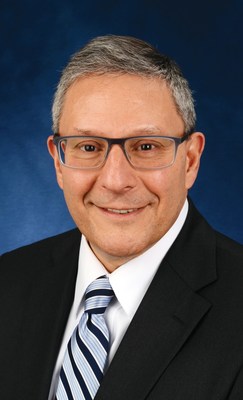 Dr. Shmerling is a seasoned executive who has worked in leadership roles at several pediatric hospitals around the United States during his career. For over three decades, he has served in management roles at children's hospitals across the country and is nationally recognized as a leader in issues concerning children's health and wellness. Prior to joining Connecticut Children's, Jim spent eight years as the Chief Executive Officer of Children's Hospital Colorado. Before that, he was the Executive Director and Chief Executive Officer of the Monroe Carell Jr. Children's Hospital at Vanderbilt from 2002 to 2007. Jim is a Fellow in the American College of Health Care Executives (ACHE).  He is an adjunct faculty member in the Hospital Administration programs, University of Alabama at Birmingham.

Dr. Shmerling commented, "I am honored and excited to join the Board of Directors for Biostage. The company is working to bring a valuable medical technology to patients in need of better solutions and outcomes.  I hope my deep experience in delivering medical solutions to pediatric patients will help guide the company in moving its technology from the lab to the clinic."

Biostage CEO Jim McGorry commented, "I and the other members of the company's Board are pleased to welcome Jim as a Biostage Board member.  His breadth of experience in leading pediatric hospitals will be invaluable as Biostage develops our plans to provide solutions to the pediatric atresia market.  Biostage is collaborating with Connecticut Children's Medical Center to translate our Cellframe™ technology from pre-clinical studies to clinical trials to address pediatric esophageal atresia, and the addition of Jim to our Board supports the vision of this collaboration."