HOLLISTON, Mass., Oct. 6, 2017 /PRNewswire/ -- Biostage, Inc. ("Biostage" or the "Company"), a biotechnology company developing bioengineered organ implants to treat cancers and other life-threatening conditions of the esophagus, bronchus and trachea, announced today that the Company received written notification from The Nasdaq Stock Market LLC ("NASDAQ") indicating that the NASDAQ Hearings Panel (the "Panel") has determined to delist the Company's common stock from The NASDAQ Capital Market, effective with the open of business on October 6, 2017. 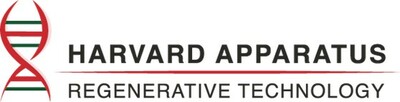 The Company has been advised by OTC Markets Group Inc. that its common stock will be immediately eligible for trading on the OTCQB marketplace effective with the open of business on October 6, 2017. The Company's common stock will continue to trade under the symbol "BSTG".

None of the shares of common stock, shares of preferred stock or warrants that the Company would have issued under the Agreement were issued to Pecos, and the previously-reported appointment of Leon Greenblatt III of Pecos and Saverio La Francesca, MD, the Company's President and Chief Medical Officer, to the Company's Board of Directors did not become effective, as their appointment was conditioned upon consummation of the private placement pursuant to the Purchase Agreement.

On August 25, 2017, the last date on which Pecos should have delivered the Purchase Price, counsel to Pecos instead delivered a letter to the Company alleging that the Company was in breach of its obligations pursuant to the Agreement.  Such notice requested that the Company agree to additional conditions to closing that were not included in the Purchase Agreement, including, among others, the appointment of Saverio La Francesca, MD as co-Chief Executive Officer of the Company.

The Company believes that it is not, and was not, in breach of the Purchase Agreement, and that Pecos' notice was unjustified and without any legal merit or factual basis, and was delivered as a result of Pecos being either unwilling or unable to deliver the Purchase Price.  However, in order to ensure receipt of the Purchase Price and preserve shareholder value, the Company notified counsel to Pecos in writing on September 1, 2017 that it intended to comply with the new conditions demanded by Pecos.  Despite that, on September 29, 2017, Pecos requested that the Company enter into a Supplemental Agreement that introduced additional new demands.  The Company again indicated its willingness to meet the new demands of Pecos.  Despite the Company's timely efforts to meet each new demand of Pecos, Pecos has not met its obligation to deliver the Purchase Price.  The Company believes that Pecos has acted in bad faith and, despite the satisfaction of all closing conditions, has no intention of delivering the Purchase Price as required by the Purchase Agreement.  The Company is reviewing all of its rights and remedies against Pecos that may be available to the Company.

Biostage is a biotechnology company developing bioengineered organ implants based on the Company's new Cellframe™ technology which combines a proprietary biocompatible scaffold with a patient's own stem cells to create Cellspan organ implants. Cellspan implants are being developed to treat life-threatening conditions of the esophagus, bronchus or trachea with the hope of dramatically improving the treatment paradigm for patients. Based on its preclinical data, Biostage has selected life-threatening conditions of the esophagus as the initial clinical application of its technology.